A year ago, I finally became consumer-debt free, after being a slave to my monthly payments for close to 8 years.

I am happy to report that I have not incurred any new debt in the last 12 months. Although I am aware it may change in the future, for the time being, I am pleased with myself.

Getting into debt was, in retrospect, very easy. Getting out of debt was not. I definitely still feel like a weight has been lifted off my shoulders.

Being consumer-debt free also impacted my life in very positive ways: I switched to part-time work, decided to obtain an MBA and took off for 4 months in South-East Asia.

If I still had all this consumer-debt, I am not sure I would have been able to do all of the above.

Something else also happened shortly after making the last payment towards to my consumer-debt: retirement came front and center.

Although I am still relatively far from retiring, I started thinking more about it. How I want it to look like. How much money I need to save. Before, it was more of a blurry concept.

I knew it was something I had to figure-out, but I left it at that for many years. I saved and invested some money, but that was about it. Not anymore.

Although I am consumer-debt free, I am not completely debt-free. I still carry a mortgage. For the time being, I am not in a hurry to burn it -unlike Sean Cooper-. Making additional payments is definitely a future goal though.

For the time being, I will enjoy this fleeting moment of hopefulness…. 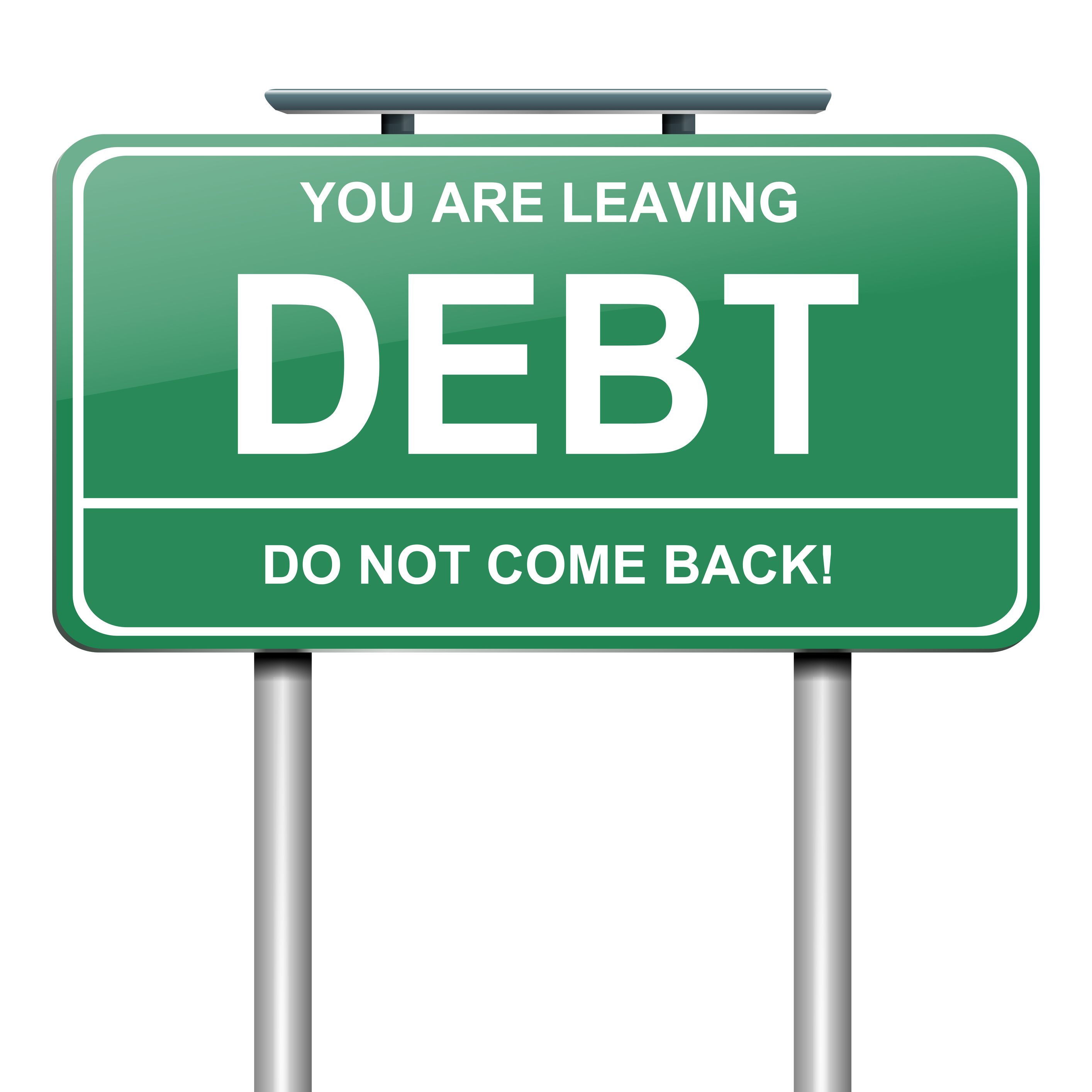 Yesterday, I made a lump-sum payment of a little over $ 8 000, effectively putting my consolidation loan to its final resting place.

Beyond the excitement of being finally rid of this loan, I felt a huge relief and also like a weight had been lifted off my shoulders.

until i saw the balance at zero, I hadn’t realized how much this loan was weighing me down

I initially took out this loan in 2011 to consolidate my student loans, a pretty much maxed-out line of credit and a couple of credit cards. At the time, the total amount was about $ 25 000, with almost half of it in student loans.

Unfortunately, I had bought a condo in a building that was not in great shape and I found myself faced with a special assessment of $ 6 000.00 for repairs.

Alas, I did not have that money saved. I had bought the property the year before, and my savings were at around $ 2 000.00. So, I went back to the bank and consolidated again.

It was crushing, and not just financially. I started suffering from debt fatigue. I felt like I would never get out of debt. This loan and the payment amount associated with it started becoming a permanent part of my identity.

then, i decided to fight back

After all, I had dug the financial hole I was in, and it was my responsibility to climb out of it.

I decided to throw in an extra $100 per month towards the “beast”, on top of the bi-weekly payments I had to make.

I had calculated I would pay off this loan 9 months ahead of schedule by doing this.

i lucked out with the sale of my condo

Yes, the very same condo that got me further into debt got me out of it. Ironic, I know. I sold the property last year, at over-asking price. Initially, I hadn’t planned on selling just yet. You can find the details here and here.

So why had this loan not been paid off earlier, you are probably wondering. Because I also had other competing priorities, like a lot of people.

I repaid the amount I had taken out of my savings for the deposit on the purchase of my second condo. Then, I bumped up my emergency fund, which was, for me, a necessity.

The lack of emergency fund is what got me into debt in the first place. I don’t want to be in that situation again.

My parents also came to visit me, and yes, I used some of the proceeds to enjoy my time with them. I don’t regret doing that for one bit!

Last but not least, I initially wanted to pay-off my car loan instead, as the amount was slightly lower and I would have owned my car outright.

I debated quite a bit and it took time to reach this decision. I am glad I did. The consolidation loan amount was for a longer period and a higher interest rate. I also had it for too long.

My bank periodically sent me information about my loan agreement. If I had let this loan run its full course, I would have paid an extra $ 2 000.00.

i now have more options, and it is freeing

It is really liberating not to have that bi-weekly payment above my head anymore. I am now on to tackling my car payment and increasing my retirement savings.

2018 will be the year of becoming debt-free!

Now that you have decided to get your finances under control, the biggest challenge is to pay off your debt. The biggest question probably is “where do I start?”. A lot of people are in complete denial when it comes to their debt level, until they reach a breaking point. Before you actually make any payment plan, you first need to know how much you owe, and to whom.

Go through your files and list every single debt you have. Include your mortgage, car loan, credit cards, lines of credits, student loans, personal loans, loans from family and friends, loans from work etc…etc. Also write the interest rate for each. Add everything up. Now, you have a clear picture.

Second, you need to have a budget in place. Not all your money can go towards debt repayment. You also need to save for your emergency fund. It may sound counter-productive to do this when you have massive amounts of debt, but you have to. Life happens. Set-backs happen. Accidents happen. If you don’t have any savings, how are you going to face an emergency? Yep, by creating more debt!

Now you have these systems in place, focus on your consumer debt, family and student loans. Leave out your mortgage and car payments, as these are in separate categories in your budget. A rule of thumbs is to allocate 15% of your net income towards debt repayment. To reach this percentage, you will probably need to cut down on other categories such as entertainment, vacation and restaurants. You may also need to increase your income to cover for all the items in your budget.

There are a few options to tackle your debt. You can seek a consolidation loan. This type of loan combines all your debts into a single monthly payment. It allows you to pay off your debt more efficiently and you will save on interests. The current interest rate for an unsecured consolidation loan in Canada is 5% to 6%. It also makes budgeting and saving easier. It is what I did for my own debt…so far, so good.

If you don’t qualify for a consolidation loan, you can start making payments on the highest interest-bearing debt you have and only make minimum payments on your other debts. Once you have paid it off, move on to the next high-interest one.

Or you can start with the smaller balance. A lot of people find this method keeps them motivated as they can see progress faster. You will pay more interests though.

The key to success for these methods is to close the accounts you paid off…and no open any new ones. Aim to pay off your debt within 3 to 5 years. Beyond that length of time, you will pay way too much interest and will most likely suffer from debt fatigue.