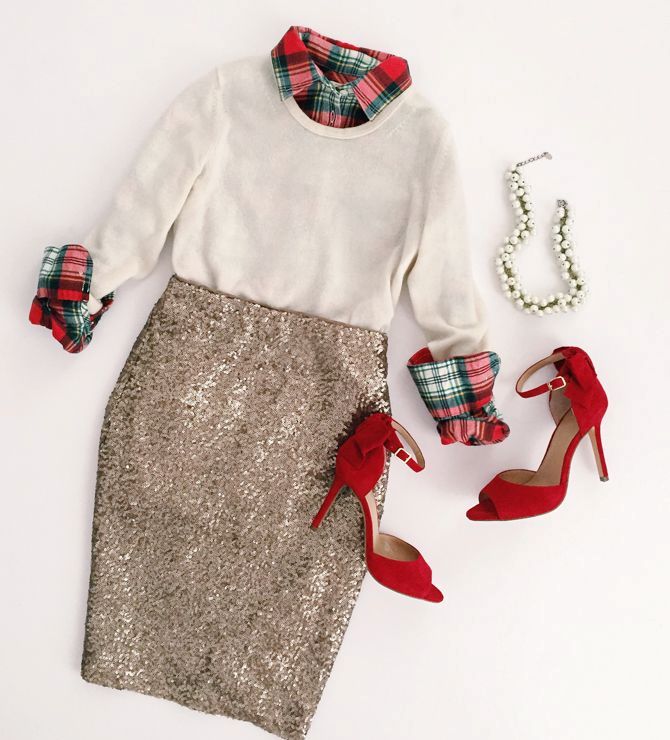 My first job in Canada was as a receptionist in a private high-school in North Vancouver. The job in itself was boring with a pay to match, $ 12 per hour. I worked there for 6 months.

The environment, however, was new and interesting. I had never worked in an academic setting before and my co-workers were nice.

My employer also had a Christmas party, which was also new to me. Christmas parties are typical of English-speaking countries. In France, companies usually offer a Christmas lunch, if they actually do anything for the occasion.

In late November, all staff was officially invited to the school’s Christmas party. The dressing code was semi-formal. Unfortunately, I had nothing in my wardrobe for this kind of occasion.

My first though and instinct was to decline the invitation. Looking back, I should have trusted my gut feeling, telling me it wasn’t worth it. The party ended up being as boring as my job, and I left the company 3 weeks later.

But, I let guilt crept-in and also the concern of  what people would think. So, I went shopping. As indicated, I was making $ 12 an hour, about $ 1 700/month. My rent back then was $ 790. Needless to say money was tight, and I didn’t have any savings.

Luckily, my then bank had granted me a credit card! I ended-up buying a very nice Christmas dress for $ 250. To date, it is the most I ever spent on a single piece of clothing.

I charged the full amount to my credit card  without thinking about how I would pay it back. When the credit card statement came, I didn’t have the money to pay for it. So, I only made a partial payment.

And this was the beginning of my debt story. Right there. When I decided to spend more than I could afford and be in denial about it.

I realized I did this out of fear. Fear of not fitting-in, fear of what people would think.

Fight Club is one of my favorite movie, for many reasons. It is full of quotes against materialism and consumerism. One particularly resonated with me: ” the things you own end-up owning you“. So true!

The saddest part is that I only wore that dress at this party. I never wore it again afterwards. I donated it to charity a few years later, but it took me some time to pay for it, interests included.

After making a few more mistakes, I finally learned not to care about what other people think and also to trust my instinct more.

What about you? How did you get into debt in the first place?