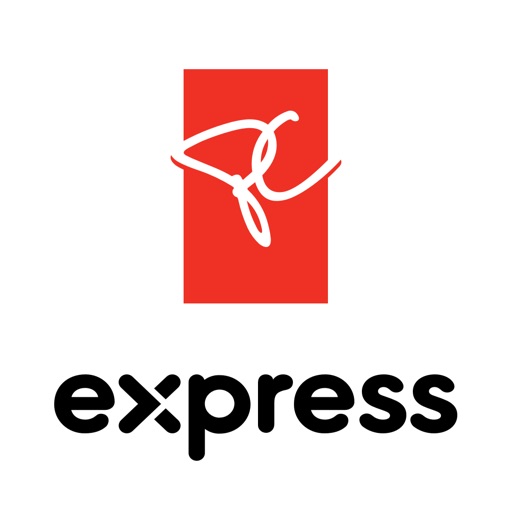 Please note this is not a sponsored post. This review is based on my experience only.

As a PC Insiders‘ member, I don’t pay to use PC Express, so I decided to give it a try. Non-members have to pay a $5 “convenience fee”, which quite frankly should be renamed “inconvenience fee” instead.

The process is very simple. You shop online, select your pick-up time and wait for the store to notify you when your groceries are ready. That, in itself, went without a hitch. This is when I was notified my order was ready that things went downhill.

MY ORDER WASN’T READY AT ALL

Upon arriving, I called as instructed. I confirmed my credit card payment with the employee….and then waited….and waited for my order to be delivered. 20 minutes in total.

People who arrived after me were served before me. This leads to me to believe the store only prepares your order when you call them, or that they forgot my order.

When I called, I was notified 3 of the products I wanted were not available, and there was no susbtitution possible. I really questioned this, given the 3 products I had ordered: chicken thighs, pork shops and spinach leaves, all very common.

After my order was finally delivered, I went to the store as I actually needed these items for my meals. 2 of the 3 items were available. The chicken thighs were available in the same brand as only, and the spinach leaves were a different brand. The only item that was not available in the quantity I wanted was the prok shops. I bought an alternate format.

VERDICT: NOT WORTH IT

In total, I spent 45 minutes on an errand that should have taken 10 minutes, at the maximum.

When I left the store, I had the impression no care was taken with my order, and that my time had not been respected.  It took me more time than if I had gone to the store directly with my grocery list.

The only silver lining is that I didn’t pay for the service.I will definitely not renew the experience.

The click-and-collect concept is getting old and outdated. Loblaw should look into deliveries, like all  pretty much all their competitors do….

David Bach popularized the “latte factor” term. The concept emphasizes the long-term cost of small, everyday purchases such as coffee, cigarettes, magazines and so on. There are lots of debates in the PF community as to whether this concept is valid. I personally believe it is, to some extent.

The very first post I wrote was about the cost of eating-out. I had estimated that someone eating 3 meals out five days a week will spend over $ 8 000 per year on food. For simplicity, let’s say this amount never changes for a period of 25 years. The cost will be $ 200 000. I sure could find a lot of better uses for that amount of money!

No, the latte factor won’t make you a millionaire, but it can certainly help your financial goals. That being said, in order for this to work, you need to actually save and invest the money. If you spend it somewhere else, it will get you nowhere financially.

You also need to look at bigger expenses, namely house and car. Don’t buy too much of these, they can drain your accounts in no time and prevent you from replenishing them. It is also a good idea to review and compare insurance quotes or call your cable to company and ask for a discount. You will be surprised at how much money you could save by doing all the aforementioned.

To put together a successful financial plan, you need to look at the bigger picture and at other elements such as your income – does it exceeds your expenses?-.

Spending an occasional $ 4.00 on a fancy latte will not derail your retirement plans. Spending $ 8 000/year on take-out or taking on a too large mortgage might.

I meant to write about this almost 2 months ago.

Groceries in Canada are expensive, and even more in Vancouver. I am always careful when I go to the supermarket. I check the prices, the weekly specials, the coupons ….still my grocery bill has remained rather high.

Right after New Year’s and just before going back to work, I was about to take my weekly trip to the supermarket. I always make a shopping list and usually stick to it.

I opened my cupboards and fridge, and after taking a long look, I noticed both were overflowing with goods. I took another look and started brainstorming a few recipes, based on what I had. It turned out I only needed a few ingredients, for a grand total of $ 14.89.

This experience got me thinking some more. I am pretty much on “automatic pilot” when it comes to grocery shopping. I make a list based on what I want, but don’t necessarily base it on what I have. Sometimes, I even buy a product I already have in stock.

How many times does this happen to you as well? How many items do you have in your cupboards and fridge? How many of these do you end-up throwing-away or not using for months?

Needless to say I saw a good dip in my monthly grocery expenses in January!

Actually, there is a lot of popular challenges to reduce the grocery bill. One of them is called the $ 21 challenge.  It is exactly what is sounds. It challenges to feed yourself with $ 21 a week. The challenge is largely based on the supplies you already have on hand.

Coincidentally, in BC, $ 21/week  is what is left of the monthly welfare payment to buy food.

Don’t get me wrong, I am not mixing-up the 2 and I am definitely not implying it is easy to feed oneself with $ 21 a week!

I was able to get by with $ 14.89 for a whole week because my cupboards were overflowing with food. Someone on welfare does not have this luxury.

This not something I would be able to do each week. That being said, I can see myself trying a few times a year.

If you live in North America, you have probably heard of the TV show Extreme Couponing. In this program, people aggressively clip coupons, go shopping and end-up with a massive amount of products costing them $ 5.00 or less.

I am sure a lot of people are envious, and would love to have the same result with their own shopping. I used to be too, until I started digging further.

All participants in the show told they easily spent 20 to 25 hours a week couponing. This is the equivalent of a part-time job! If you have that much time to spare, you are better off actually taking a part-time job. In British Columbia, even at the minimum wage -$ 10.25/h-, you would net close to $ 485.00 on a semi-monthly basis.

Are you saving that much on your purchases? If you live in Canada, it is very unlikely. Canadian stores seldom match coupon rates or allow several coupons to be used on a single item.

I think coupons actually promote compulsive buying and waste. How many times have you bought an item you didn’t need “just because you had a coupon”? To make the most of your coupons, you usually need to buy in bulk. The majority of products have a shelf-live, i.e. 3 months, 6 months, a year or 2 at most. How many bottles of shampoo do you think you will use in the next 2 years?

I am not saying you should discard coupons altogether. Do your own test and math to see if couponing is worth your time and help your finances.

I do my grocery shopping at the same store every week. This store has a built-in coupon card. I receive any available discount when I check-out. I always look for a rebate on the items I need. On average, I save $ 10 to $ 25 each time, closer to $ 10 most of the time though. Over the course of a year, it adds up to over $ 500.

I definitely take the savings, but I will not spend hours clipping coupons. The savings to time ratio is not worth it for me.

In France- where I come from- it is very common to buy everything at the supermarket. When I write “everything”, I really mean it, from wine to shampoo, appliances to clothes, you name it, you will find it, and most importantly, you won’t break the bank.

In Canada, it is definitely not the case. Although you will find mostly anything too, there is a high price tag to the supermarket convenience.

Here are a few tips to save on groceries, that I learned the hard way, so to speak.

Between groceries and take-out/restaurants, I used to spend up to $600 a month and it was just myself! I would never plan for my meals, do my grocery shopping only at the supermarket –several times a week- and almost never bring my lunch to work.

When it comes to fruits & veggies:

By doing my best to follow these tips and bringing my lunch to work more often, I was able to significantly reduce my grocery/take out & restaurant spending. 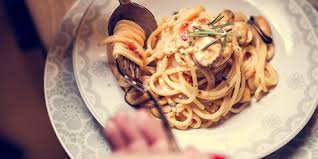 Before doing this, I have to confess I used to eat-out a lot. Coffees, pastries, doughnuts, lunches, dinners, take-out, order-in…you name it, I have done it and spent on it. Until that one month I decided to track how much exactly I was spending on all of this and almost had a heart attack when seeing the number!

I have improved since….but here it goes. Let’s start with breakfast. Sure it is very tempting to sleep-in an extra 15 minutes then get a coffee with a pastry at one of the many coffee shops around. Depending on where you are going, it will cost you around $3 to $5 each time. Let’s assume you buy 5 mornings a week at an average of $4, that’s $20 a week, or $80 a month or $1 040 if it is a year-round habit.

If you were to do this, or are actually doing it, you are spending $ 8 580 a year on “just food”! And that does not include the occasional pizza delivery or the afternoon snack.

I don’t suggest you stop eating-out altogether, as this is unrealistic. However, I suggest that you start making your own breakfast and your own coffee. Buying an Americano at a coffee shop is really money down the drain.  Buy your lunch once or twice a week. Dine-out once a week or better, every other week.

But most importantly, track down your spending on these. You probably won’t believe the number until you actually see it.

80% of my meals are now home-cooked. My monthly cash flow is more balanced and I can still indulge in restaurants and lattes from time to time.